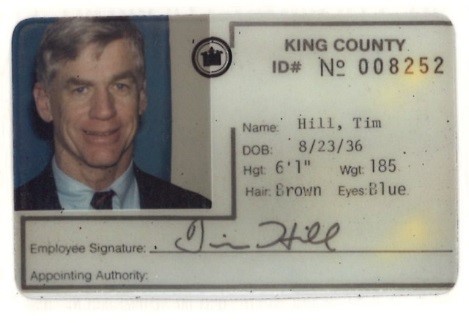 In 1993 King County Executive Tim Hill was campaigning for a third term.  King County government was verging on a transition: the merger with the Municipality of Metropolitan Seattle (METRO), to start on January 1, 1994.  Tim Hill had put in much groundwork for this day.  He appealed to voters that he was the best person to continue overseeing the merger.

The Seattle Times and cartoonist Brian Bassett commented on the challenges facing the Executive-elect on the day after the election.

Also on the day after the election, Gary Locke wrote to Tim Hill.

Records of Joan Yoshitomi, transition manager for Gary Locke, provide insight into the democratic process of peacefully transferring elected authority. In the first days after the election, the Locke team had to: 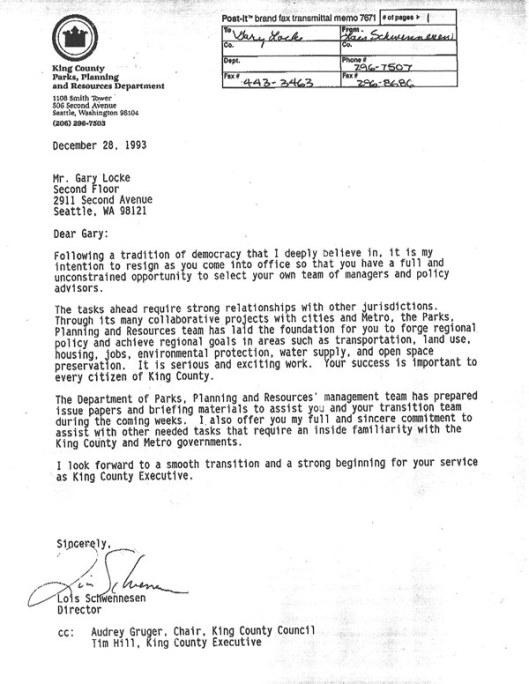 At the same time, Tim Hill and his Executive Office staff were:

Tim Hill retired from elected politics but continued public service in the Seattle-King County area as a teacher and as a board member for various nonprofit organizations. He remains involved in politics as a private citizen.

Tim Hill’s records to the Archives 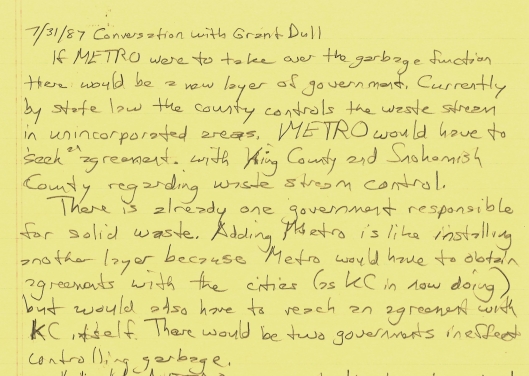 On leaving public office Tim Hill also took care to make arrangements with University of Washington Libraries for the transfer of some of his executive working papers to its manuscript collections. The papers were returned to the King County Archives a few years later as Series 435, Management work papers, and Series 436, Project files.

Gary Locke was sworn in as King County’s fifth county executive on January 3, 1994. After a year in office, Executive Locke addressed the Council about his vision for a new way of governing, challenges facing the County, and how to work through differences between governmental branches and political views. Below is the conclusion of that speech, in which he embraces the political cartoon with him as “Captain Locke” of the starship U.S.S. King County.

Locke served until 1996 when he was elected Washington State governor. He later served in the Obama Administration as Secretary of Commerce and ambassador to China.

The Locke transition records are a small part of a large collection of King County Executive records processed by King County Archives staff between 2008 and 2016. The twenty-three series, from the administrations of Executives Randy Revelle, Tim Hill and Gary Locke, include county agency files, board and commission files, chronological correspondence files, legislative files, news releases, proclamations, studies and reports, and Metro transition files. Taken together, the records document a wide range of important policy issues, including:

The King County Archives invites researchers to contact us regarding this significant collection.