The King County Archives was chosen as winner of the Association of King County Heritage Organizations 2017 Technology Award for its online exhibit, Responding to AIDS: The Seattle-King County Department of Public Health, 1982-1996.

The AKCHO Technology Award is “presented annually to an organization for an outstanding project that pairs technology with local history and provides an inspiration or a model for the heritage community.” We are honored to be among this year’s AKCHO award recipients, listed here: 2017 AKCHO Award Honorees.

Responding to AIDS: The Seattle-King County Department of Public Health, 1982-1996 is a history of the department’s AIDS Prevention Project, from its formation in response to the emerging AIDS epidemic, to when effective AIDS treatment became widely available.

The exhibit presents archival records from the program and incorporates video clips from ten oral history interviews with current and former Seattle-King County Department of Public Health employees — leadership and staff from the AIDS Prevention Project. 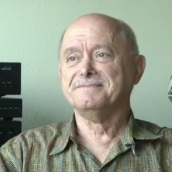 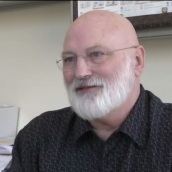 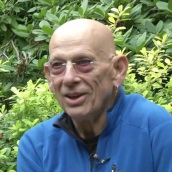 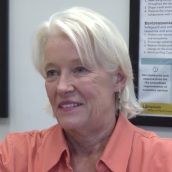 The oral history subjects describe professional, scientific, and political challenges in responding to the epidemic before HIV-AIDS was well understood, during a time of heightened fear and amidst widespread homophobia. They reflect on their personal experiences: the bonds between program staff; losing colleagues, friends, and loved ones; and living with HIV.

The oral histories also discuss broader topics such as the effect of AIDS activism on medical practices and how the response to the epidemic influenced societal acceptance of LGBT individuals. As former AIDS Prevention Project Education Coordinator Anne Downer put it, “AIDS changed everything.”

Many other issues addressed in the exhibit remain relevant today. Examples include privacy rights; sex education in schools; the challenge to public health agencies in reaching disadvantaged and minority populations; overcoming fear of government among stigmatized groups; public panic around emerging epidemics; and civil rights protections for sexual minorities.

The exhibit also features a rich collection of graphic materials, illustrating how the program reached out to the Gay Community and to racial and ethnic minorities with culturally relevant and sensitive campaigns, while educating a frightened public about the latest scientific understanding of the disease.

Our archival collection helps document the history of King County and its people. AIDS Prevention Project staff and leadership are an amazing group of people, and it was an honor to learn from them. The archival record of their work and the oral histories capture their commitment to profession and to public service.

We are grateful to those whom we were able to interview, who were generous with their time as well as with their insight, corrections, and ideas.

By necessity, the exhibit was limited in scope and depth. We regret that we were unable to interview more program staff for this project, and we hope that our online exhibit might inspire others to continue documenting their story. There is also much more to be learned from the records of the program, and we encourage further research at the Archives. See the references and resources section of the exhibit or contact us at archives@kingcounty.gov for more information.