On August 19, 206 Zulu, our neighbors at Washington Hall, held their second annual graffiti painting contest using the exterior walls of the King County Archives and Records Center buildings. Aerosol artists started early in the morning and worked throughout the day, as local musicians performed. It was a lively event and the paintings represented a variety of styles. 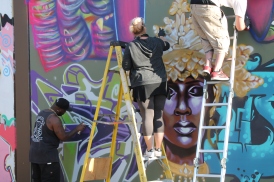 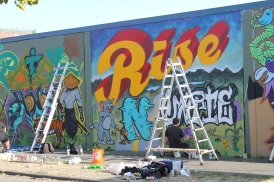 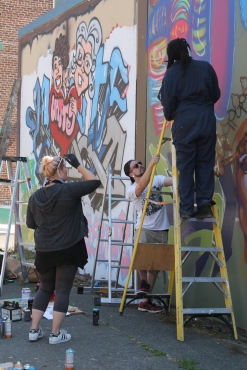 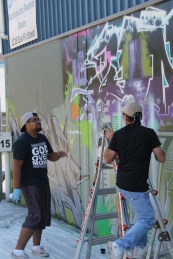 Above, paintings in progress.  Below, detail from the winning panel. 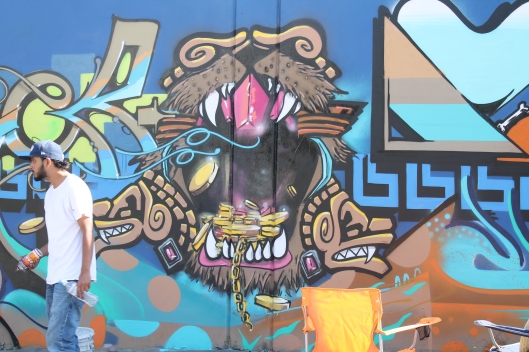 On Saturday, September 30, the Northwest Film Forum in Seattle’s Capitol Hill neighborhood will be closing out its 8-day Local Sightings series with a montage of silent films from local archives.

The compilation of clips will feature the King County Assessor’s color and black-and-white films produced to document the 1936 Land Use Survey project, as well as footage from the Seattle Municipal Archives and the University of Washington Libraries Special Collections. The film montage will be accompanied by live music composed for the event by the group Baywitch.

Below are two segments from the Assessor’s films. The complete collection of films is featured in our online exhibit about the WPA-funded Land Use Survey project.

We hope to see you there!